Each time you use UNIX you must log on to the system by typing username and a password. Your login name is sometimes called an ‘account’ because some UNIX systems implement strict quotas for computer resources which have to be paid for with real money.

Today the CDE, KDE and GNOME projects are the most important efforts to write graphical user interfaces for computers. The CDE (Common Desktop Environment) is a commercial program developed by IBM, Hewlett-Packard, Sun Microsystems and many other vendors. KDE (a German effort, a pun on CDE) and GNOME are free software window systems which have taken windowing to the next level. While they have borrowed and stolen many ideas from Windows innovative Windows95 user interface, they have taken windowing beyond this.

You cannot change it here

UNIX has three mouse buttons. On some PC's running GNU/Linux or some other PC UNIX, there are only two, but the middle mouse button can be simulated by pressing both mouse buttons simultaneously. The mouse buttons have the following general functions. They may also have additional functions in special software.

This is used to select and click on objects. It is also used to mark out areas copy by dragging. This is the button you annually use.

Used to pull down menus. It is also used to paste a marked area somewhere at the mouse position.

On a left-handed system right and left are reserved.

Reading electronic mail on UNIX just like any other system. But there are many programs to choose from. There are very old programs from the seventies such as

and there are fully graphical mail program such as

UNIX has a Word-like program called lyx, and even several Office clones (e.g. Star Office soffice), but for the most part UNIX users do not use word processors. It is more common in the UNIX community to write all documents. Regardless of whether they are letters, books or computer programs, using a non-formatting text editor. (UNIX word processors like Framemaker do exist, but they are very expensive. A version of MS-Word also exists for some unices.) Once you have written a document in a normal text editor, you call up a text formatter to make it pretty. You might think this strange, but the truth

A shell is a command interpreter. In the early days of UNIX, a shell was the only way of issuing commands to the system. Nowadays many window-based application programs provide menus and buttons to perform simple commands. But the UNIX shell remains the most powerful and flexible way of interacting with the system.

Shells provide facilities and commands which

Environment variables are variables which the shell keeps. They are normally used to configure the behavior of utility programs like 1pr (which send a file to the printer) and mail (which reads and send mail) so that special options do not have to be typed in every time you run these programs.

LD_LIBRARY_PATH          #Path to search for object and shared libraries

Sometimes you want to be able to refer to several files in one go. For instance. you might want to copy all files ending in `.c' to a new directory. To do this one uses wildcards. Wildcards are characters like *? Which stand for any character or group of characters. In card games the joker is a 'wild card' which can be substituted for any other card. Use of wildcards is also called filename substitution in the UNIX manuals. In the sections on sh and csh.

The wildcard symbols are.

Here are some examples and explanations.

Match all files in /etc whose first three characters are rc. and are 7 characters long.

The wildcards belong to the shell. They are used for matching filenames. UNIX has a more general and widely used mechanism for matching strings, this is through regular expressions.

# Print all lines which DON'T begin with #

These examples assume that the file ‘/etc/rc’ exists. If it doesn't exist on the machine you are using, try to find the equivalent by, for instance, replacing /etc/rc with /etc/rc* which will try to find a match beginning with the rc.

<CTRL-A>  Jump to start of line

<CTRL-L>  Clear screen in newer shell in emacs. Same as ‘clear’ in the shell.

<CTRL-Z>  Suspend the present process, but do not destroy it

chown, chgrp       Change owner and group of a file. The GNU version of chown allows both these operations to be performed together using the syntax chown owner. group file.

acl         On newer Unices. Access control lists allow access to be granted on a per-user basis rather than by groups.

Whereis       Look for a command and its documentation on the system.

du      show number of blocks used by a file or files

In order to communicate with a user, a shell needs to have access to a terminal. UNIX

was designed to work with many different kinds of terminal. Input/output commands in UNIX read and write to a virtual terminal. In reality a terminal might he a text-based Teletype terminal (called a tty for short) or a graphics based terminal; it might be 80-characters wide or it might be wider or narrower. UNIX take into account these possibility by defining a number of instances of terminals in a more or less object oriented way. 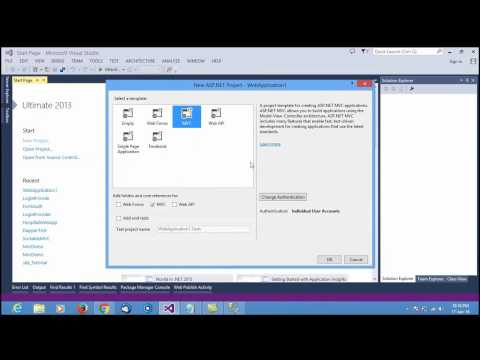